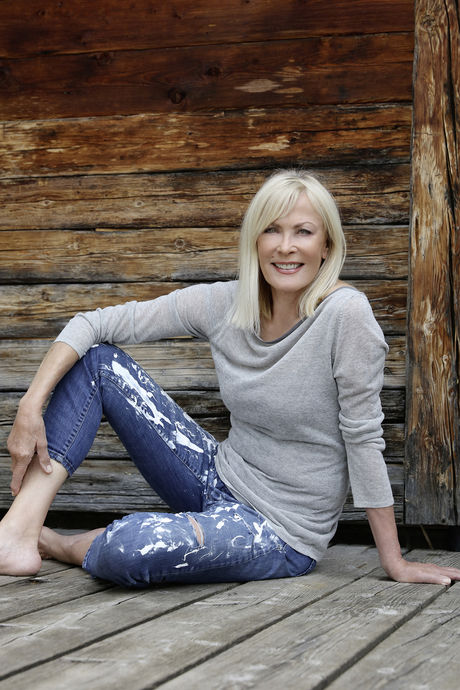 Exhibition of the Bavarian State Ministry of Economy, Infrastructure, Transport and Technology in Munich

Exhibition at the Estatio Art Centre in Sineu, Mallorca

Laudatory speech given by Sabine Christiansen

Exhibition at the Römisch-Germanisches Museum in Cologne, Germany.

Exhibition at the Galerie Française in Munich, Germany.

Successful opening of her first exhibition in the Majorcan capital, Palma de Mallorca, in the millennium year.

Inauguration of her studio at Lake Tegernsee in Southern Bavaria; intense work-period in anticipation of her first exhibition.

First modelling experiences and later as make-up artist. Work in front of and behind the camera intensifies her engagement with colour-play, light and shadow. Continued creative explorations as painter and setting up of a studio on the Spanish island of Majorca. Completion of her first series of paintings using individually developed techniques and a novel mix of materials and styles. Despites requests to exhibit, she refuses to go public until she feels ready.

Another journey to Riga and to Moscow. Greatly influenced by a visit to Professor Raikins, she sets out towards more progressive artwork and unrestrained colour experiments.

Sojourn in London, finding further inspiration in the company of painters and other artists; experiments with various materials, techniques and formal possibilities.

A stay within the artistic circles of Riga ignites her passion for painting; she embarks on first autodidactic works of objective nature.